English Lab Puppies - Read prior to placing a deposit

By placing a deposit with us, you are agreeing to the terms below.  Deposits are nonrefundable!
No exceptions will be made, unless  we are unable to provide you with an English lab puppy.

Deposits may be transferred to a different litter, once. If you have a deposit down and back out on an english lab puppy, then transfer it to another litter and back out, you forfeit your deposit. Deposits may be used for up to 2 years.

We request a non-refundable deposit of $200.00 to hold a puppy. Puppies are picked in deposit order, after you have picked your puppy the remainder of your balance is due.

Please prior to placing a deposit, read over our health guarantee

Please read over our FAQ as this will answer the majority of any questions.

Please read over our Health Guarantee

All of our English Lab puppies are vet checked with the vaccines that are needed and also wormed. They also have their dewclaws removed. If in any case a dew claw, or partial dew claw grows back, that will be the buyers responsibility to take care of, if they feel the need to do so. This can be done at the time of spaying or neutering. This is not a common thing.

All of our English Lab puppies are currently being fed Purina Pro Plan Puppy-Chicken and Rice (Orange and black bag/savor variety). We strongly suggest keeping them on this food. If you feel the need to change, please keep them on a large breed puppy food. Please do some research on grain free diets with all the new information being released.

In nice weather, our English Lab puppies are taken outside a few hours a day for some sunshine and introductions to all the outside sounds of vehicles, kids playing, lawn mowers, etc. They also have a small wading pool to swim in, and are visited by our adult dogs throughout the day.

In the winter months our English Lab puppies make several short trips outside once they are 5 to 6 weeks old. Puppies are started on potty training, but are still just babies!

We update pictures every 1 to 2 weeks. We know this is an exciting time for families and everyone loves to see puppy pictures, but please do not ask for pictures. We do them as soon as we have time. Raising a litter (or multiple litters) of puppies is a lot of work and very time consuming. As always, the care of the puppies and our dogs and family is top priority.

All of our English Lab Puppies are placed with limited registration (Pet homes only) If you are looking for full registration (Breeding rights) Do not wait until pickup day to discuss this with us.

Puppy picks are determined in the order we receive your deposit. For puppy pick up day we schedule buyers in order of how we receive the deposit for picking out and taking home your puppy. Pick up day is determined by the day the puppies are born. We ask that you do not arrive more than 5 minutes early for your appointment. If you are going to be more then 10 minutes late you then PLEASE let us know.

We are excited to work with your family to find the perfect english lab puppy addition to your family!

Be sure to follow us on Facebook for more exciting pictures and videos of our English Lab Puppies! 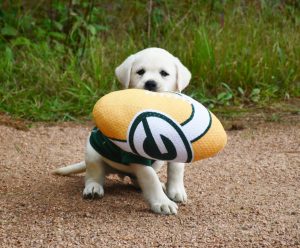